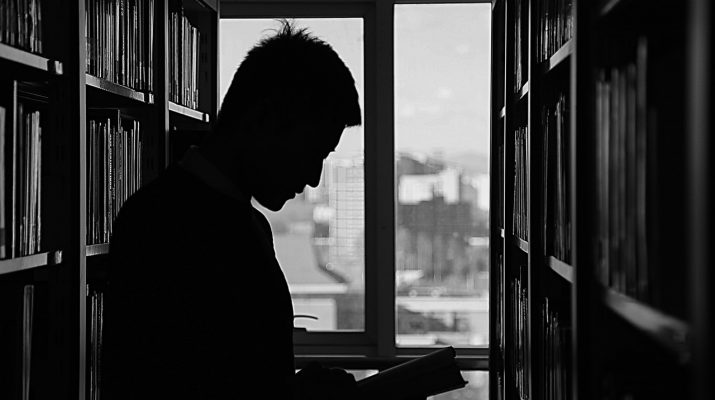 I was born into poverty and illiteracy. In spite of the family’s poor financial condition, my father somehow managed to get me admitted to an English medium school. My school was three hours from my village. My father used to take me to the school on his bicycle and I used to walk the distance back after the classes. I used to see my classmates ride their bicycles back home. Sometimes, I wished I could have one of those bicycles. But then, I thought about my family and the condition we were in.

I belong to the first generation in my family to have gone to school. I feel lucky for that. My father used to work in a factory where they manufacture furniture and stuff like that. His wages were just enough to meet the family’s basic needs. But, he really hoped to see me become successful. He hoped that I would become a great person. I was aware of all these back then. But, there were times when I was distracted. Like the time when one of my classmates got a video game to the class and started showing it off to us. I got a glimpse of the thing and was instantly attracted to it. I wanted to get one of those. I ignored the fact that my father couldn’t afford to spend his money on such luxuries. For the next few days, I couldn’t concentrate on my studies. This eventually showed in my grades in the test exams. That was my worst performance ever.

It was then that something changed within me. I realized the truth that to be successful, you have to make a few sacrifices and keep yourself focused towards your goal. I started taking my studies seriously. I focused all my attention on my study. Slowly but steadily, my grades kept improving and I got placed among the top students in the class. This was the time when I got to know about something I was not aware of earlier – coaching classes. Almost half of the students in my class attended coaching classes. Even the toppers of the class were no exception. Everyone believed that coaching classes can help in improving grades. This was something that really made me wonder. I wanted to know how taking coaching classes can help in getting better grades. I couldn’t figure out a way to find this. Because of the lack of financial support, I couldn’t join any of these coaching classes. The fees for these coaching classes were more than the school fees. There was no way my father could afford this extra expense.

I decided to let it be. I worked on my own. I referred to the notes I made during the class and studied hard for my exams. I believed that I had done my best. But when the results for the half-yearly exams were out, I was worried to see that some of my classmates who were far behind me in overall class ranking had beaten me this time. These were the students who went to the coaching class. My position had gone down. Though I had done the best on my part, I couldn’t help but worry.

I really wanted to figure out something that could help me improve my score. I was determined to work harder but I still wanted a quick fix. One day as I was walking back from school, I noticed a few young kids gathered in front of a newly built shop. I stopped there to see what these kids were fascinated about. I noticed the board on the top on which were written the words “Internet zone – explore the new world”. I had read about the internet in one of the magazines from my school library. I had wanted to know more about it. This was my opportunity. I used this internet cafe and the first thing I searched for was “coaching classes”. Within a few minutes of surfing, I figured out that there were websites that can be used to learn anything that we want. I had found my alternative to coaching classes.

During the course of the next few days, I spent the time after classes in the internet cafe. I learned a lot from the time spent there. Anything that was there in my books, I could find it here too. I looked up for chemistry formulas list. It was there. I look for algebraic formulas. It was there. It was amazing. The interesting part was that I found it a lot easier to learn from these websites. I stumbled upon this website called Neurons Write. It took me only a few minutes to memorize the chemistry formulas list from this website. I was amazed at what I could do with this new form of learning. I started using it everyday. Soon enough, I became better than the top students in my class. My rank improved and I was more confident than ever before. This continued till the final exams. I performed my best and became the topper in my class.

I was fascinated by the world of internet. Initially, I used to spent the time after classes in the internet cafe. then I got a smartphone from a relative. he didn’t like the phone and so I got it as a gift from him. I even got a sim card. I used to get some pocket money which I started spending on recharge for the internet. I got to learn a lot from the internet. Anything that was there in my books, I could find it here too. I looked up for chemistry formulas list. It was there. I look for algebraic formulas. It was there. It was amazing. The interesting part was that I found it a lot easier to learn from these websites.

I also got to know a lot more things. For instance, I could now tell the difference between a 5G network and a 4G network. Here is the website I learned this from.